Melancholia by Lars von Trier is one of my favorite movies. I was absolutely blown away by the cinematography the first time I saw it. It was simply unlike anything I had ever seen before. It starts out with a beautiful series of shots of nature, our place in nature, and the universe at large. This slow motion sequence serves as a reflection on what the universe is, how small we are compared to it, and also how our basic existence is directly contingent upon the universe as a whole. The film is divided into two parts, one for each sister, Justine and Claire, who are very different but are both plagued by an insurmountable fear. Justine battles with severe depression that cripples her ability to form relationships and simply function in general. Claire is haunted by the planet that is hurling itself towards Earth and threatening to devastate life as she knows it. The parallels between the two sisters are striking because neither one can understand the other’s fear or ailment, yet they are very real and valid to an objective viewer.

The first part chronicles Justine’s wedding reception, which is in a beautiful setting at her sister and brother-in-law’s mansion (shot on the coast of Sweden). Justine, played by Kirsten Dunst, marries Michael, played by Alexander Skarsgard, and they seem like a perfectly happy newlywed couple upon arrival to the reception. Justine’s aloofness becomes increasingly apparent as the night goes on, as the party exposes familial tensions and Justine’s state of mind takes over, making it impossible for her to proceed honestly. Her private, intimate interactions with Michael are almost painful to watch and leave you with an empty feeling of frustration. Nevertheless, the aesthetic of the celebratory affair is authentic and stunning, complete with a sky lantern release of epic proportion.

The second part of the film chronicles Claire, played by Charlotte Gainsbourg, who is the seemingly more sane of the two sisters. But as the planet flyby threatens to come closer to Earth than desired, she becomes paranoid. She becomes obsessed with this planet and even though those around her try to comfort her, there is a sense of impending doom that prevails. Just as Claire tries to help Justine with her struggles, Justine tries to reassure Claire that they are safe, either out of true confidence or indifference due to her own mental instability. I don’t think Justine is entirely confident that they are safe from the planet’s destruction because she seems to be weary as well, but she is somehow not as affected as her sister. As Claire’s fear is revealed more and more, the viewer begins to get the sense that the planet with definitely hit Earth and obliterate it. They build a contraption that tracks the path of the planet to see how close it is, and although initially it seems to be moving farther away, Claire checks it again after some time and it is actually very clearly coming closer and closer. The horror that sets in at this point for both Claire and the viewer is truly daunting. All the while, Justine remains calm and accepts her fate. 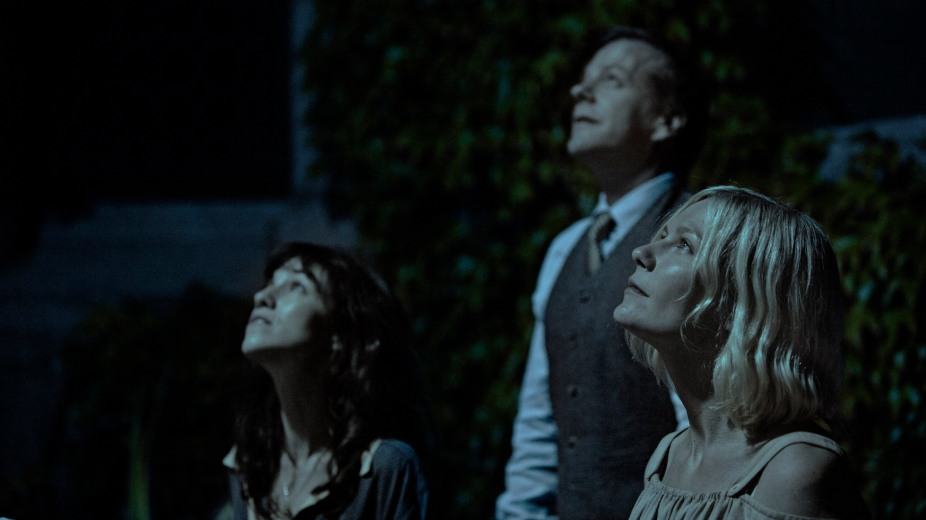 It’s such a visually stunning film that confronts our minuteness as humankind in comparison to the universe. It exposes our unconscious fears that our place on this planet is not guaranteed. It also confronts our inner struggles and fears that may seem irrational, but may actually turn out to be legitimate. It explores the complexity of  human relationships,  family dynamics, and how we must be brutally honest about our feelings, even if they are not desired. I was in such awe the first time I saw Melancholia because it was like nothing I had seen before, and every subsequent viewing has turned out to be a new cinematic journey.