Looking for an apartment in Chicago is not easy. I looked for about a year before I found my current place in Andersonville. The city can be affordable if you have roommates, but by yourself, not so much. There are so many factors that go into finding the right place – cost is obviously a big one, neighborhood feel, commute to work, and simply a space that is somewhat updated and doesn’t feel like it’s about to fall apart (I’ve seen some bad ones…). Each neighborhood in Chicago feels so different from the next, so for me finding that right neighborhood feel was one of the most important factors. I’m not sure I’ve found it, but I do like the apartment itself a lot. It’s a one bedroom with a fireplace in the living room, separate dining room, and a dishwasher in the kitchen! What it doesn’t have – in-unit laundry (it’s int he basement which is creepy!), air conditioning, or an elevator (but I’m just on the second floor). It’s also not dog-friendly. 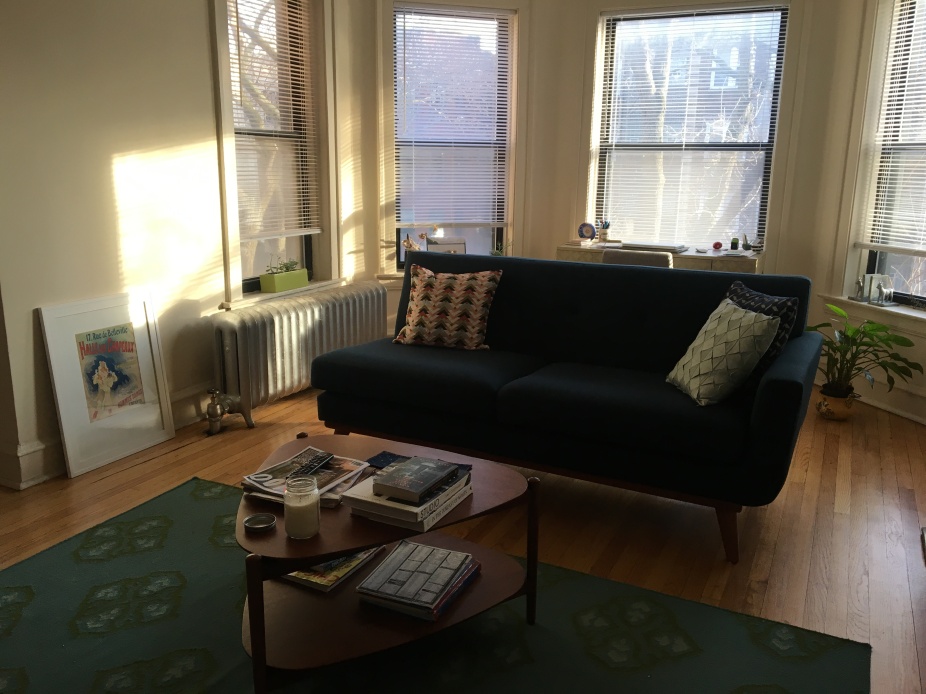 It does have amazing windows with lots of light streaming in! Compared to my previous apartment, which was in the basement, this feels like heaven. My new cat loves running around and looking out the windows. It has radiators and heat is included, which is nice, and there is no pet fee, which is unusual for the city. So I got lucky there! The kitchen was renovated right before I moved in and it doesn’t have granite countertops or stainless steel appliances, but it’s still pretty nice. The bathroom was also updated and while small, it feels new and clean. 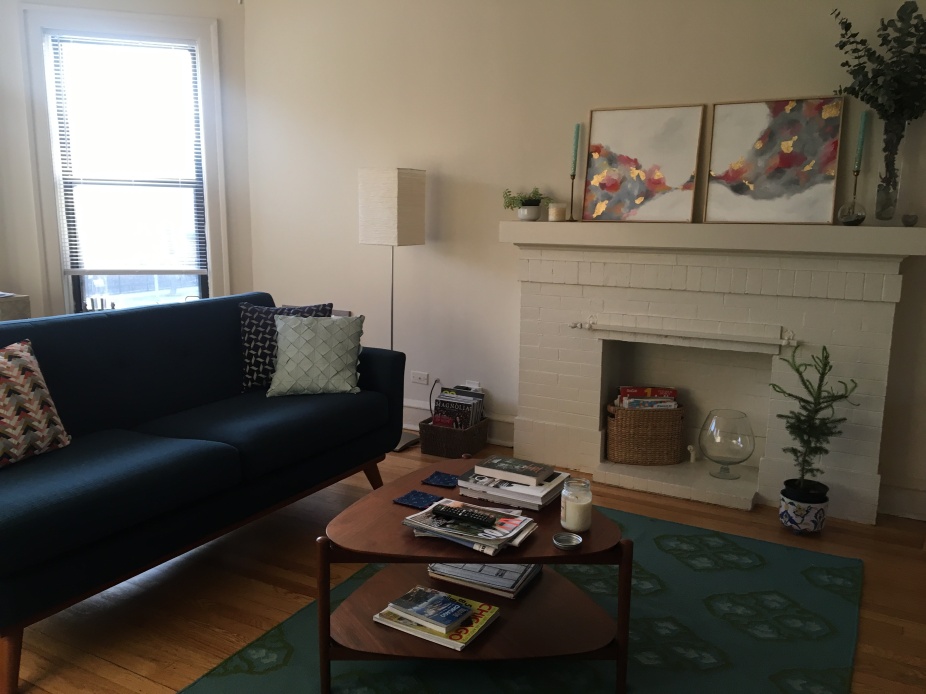 I moved in December, hence my little Charlie Brown Christmas tree.The sofa is from Market Square, a second-hand store here in Chicago that sells gently-used high-quality designer furniture and decor. The coffee table is from West Elm. The pillows are also from West Elm.  And the art is by a local Chicago artist, Kate Bush. Love her work!