Places can take over the destinies of people who live in them. If you learn to listen, they tell you what they need and how to do it. 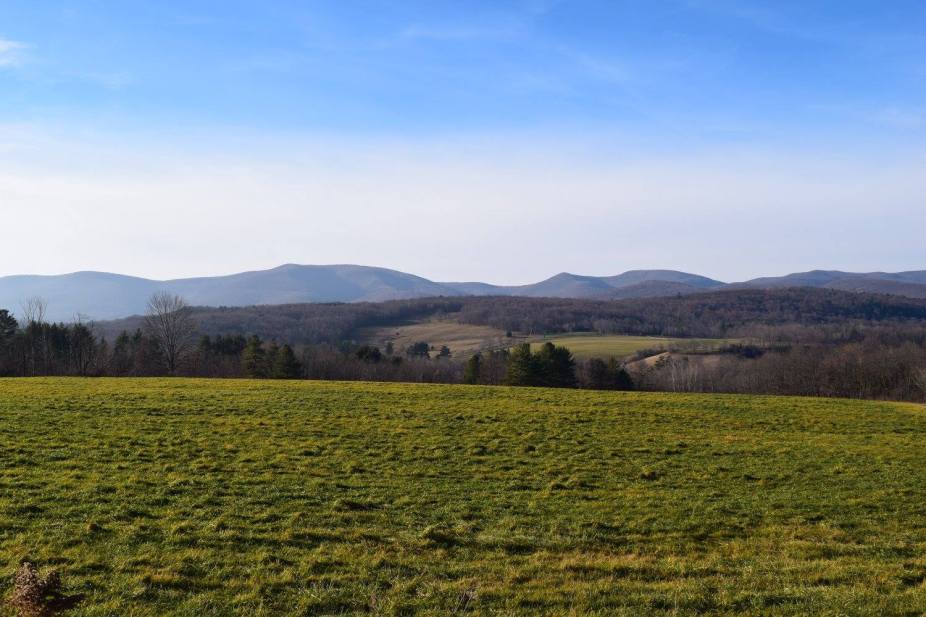 This resonates with me as I think about my grandparents’ house in Massachusetts that I helped renovate when I lived there for a year (full disclosure – I did not do the work…we hired contractors). I was only there a short time, but it felt like home almost instantly. Of course, it was familiar to me since I had visited my grandparents every year growing up, but I didn’t always love it. I actually hated going there when I was younger because it was so isolated and my grandparents didn’t have a TV (I couldn’t understand how anyone could function without a TV!), and I felt like there was nothing to do there. I didn’t appreciate the beauty and tranquility of the surrounding Berkshires. My connection to the house and to the Berkshires weighs heavily on my mind, especially now, as I was just there for a visit and we are seriously considering selling the house. It’s hard to know how we’ll all feel when that day comes, but for me it will probably feel like giving away a part of me since I have such a love for it.

When I moved there the house was outdated for sure, so doing some renovations was a no-brainer. Some, in fact (like the primary bathroom), had to be done out of necessity because the floor boards were rotting and we felt as though the floor would fall from under us any day. So that was the first major project and it was a total gut. Next up was painting almost every room, which hadn’t been done in decades. In the dining it involved removing the dark brown grass wallpaper (which made the room feel so dark and small), and painting it white. We also replaced the linoleum tile floor with a pretty laminate wood floor. We then gutted the small powder bath. In the kitchen we put a new tile floor in, new granite countertops, a new tile backsplash, new stainless steel appliances, a new sink and faucet, and new hardware on the cabinets. The cabinets are not in perfect shape, but I actually love the stain on them, which goes perfectly with the mid-century modern style of the house. Two bedrooms in the walk-out basement got new laminate wood floors, and we put new berber-like carpet in the family room in the basement. On the exterior, a new roof was put on, and some landscaping was done, like taking out trees and bushes in the backyard to improve the view of the mountains.

In a recent New York Times Style Magazine article, Charlotte Horton discusses her experience renovating a dilapidated castle in Tuscany built on Etruscan foundations. While my renovation of my grandparents’ was on a much smaller scale than Hoton’s castle renovation, especially because I made modern updates without really considering the period of the house and I didn’t have to worry about restoring anything within a historical context, I can certainly relate to her desire of going back to her family’s roots and setting up her own roots there. I felt like I set up roots in Massachusetts where my grandparents lived for several years, even though their true original roots were in Europe. For Horton it was more than just restoring the castle though. She wanted to have an impact, and still does, on ecology and food – on the way that people interact with and cultivate the land around them and think about where their food comes from. If people can make judgments about their food, she believes, they will be better equipped to make judgments about all sorts of things in life, which we are in dire need of these days.