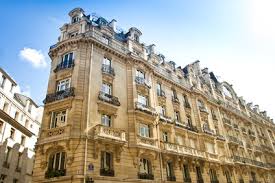 “Foreigners belong in France because they have always been here and did what they had to do there and remained foreigners there. Of course they all came to France, a great many to paint pictures. So it begins to be reasonable that the 20th century needed the background of Paris, the place where tradition was so firm that they could let anyone have the emotion of unreality. Paris was where the 20th century was.” – Gertrude Stein