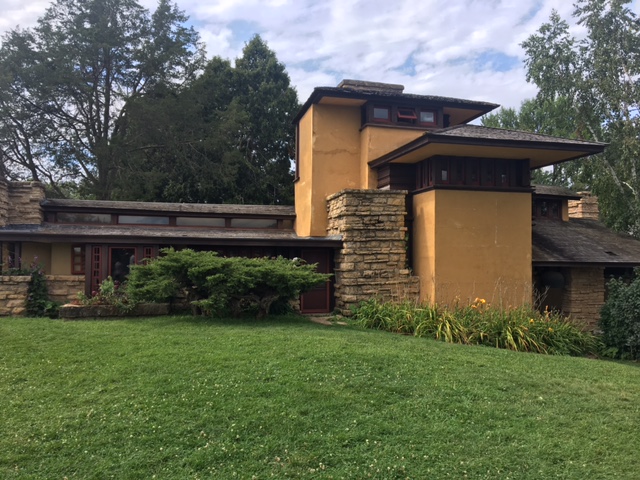 My parents and I took a mini summer vacation a couple weeks ago to Spring Green, WI to see Frank Lloyd Wright‘s Taliesen. The complex consists of his home and studio, as well as some boarding residences for students in his architecture school. We like to see as many FLW houses as we can because my dad is an architect and teaches architecture, and my mom and I are art lovers. I also did an internship with the Frank Lloyd Wright Trust in Chicago, so it’s always interesting for all of us. After having seen many of his homes in the Chicago area, what struck me about Taliesen was the beautiful setting in the hilly Wisconsin countryside. The integration between interior living space and the natural world that surrounds it outside, which is a central design concept for FLW, is very present at Taliesen. From the courtyard-like feel in front of the entrance to the house (perhaps inspired by his trip to Italy), to the wall of windows and doors opening out to a balcony on the other side of the house, which overlooks a series of hills, the beautiful Wisconsin countryside setting is very much felt both within and outside the house. 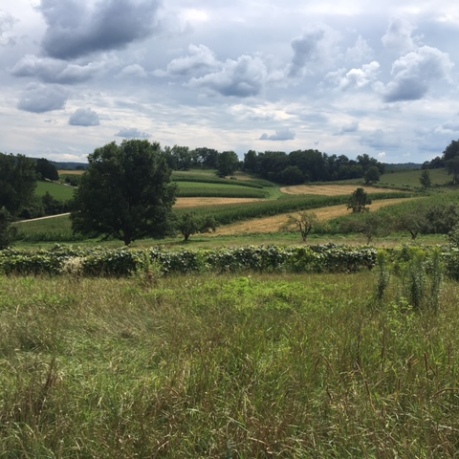 Frank Lloyd Wright’s Asian influence also makes a statement in both the home and studio, as large Japanese silk tapestries take center stage on various walls. The room I liked the most was the living room because it felt so spacious with open space in the center of the room and built-in seating/benches along the walls around the periphery of the room. Apparently FLW had dinner parties every Friday night, complete with musical entertainment (for which he designed a music stand that could accommodate three musicians). He also designated a chair for his daughter who played the harp. His affinity for his daughter is also evident in her “little apartment” upstairs, which is accessed either through a lofty space above the bedroom he shared with his wife, or by its own separate staircase off the great room. The intention behind this was that she could perform puppet shows for him and his wife anytime she wanted. 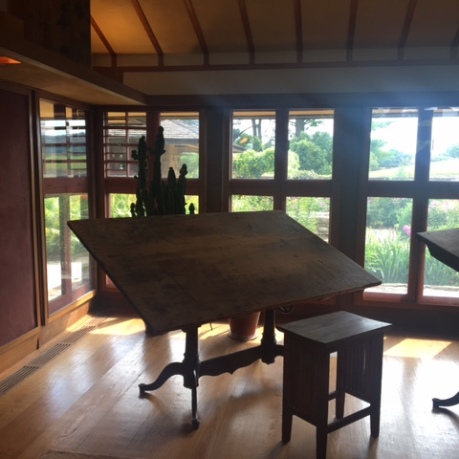 There are different tours that one can take at Taliesen and the one we took was two hours long. Very comprehensive! We had a sweet and knowledgeable tour guide, but my favorite part may have been the resident cat who followed us around for part of the tour 🙂 I leave you with some wise words to live by from good ol’ FLW himself.